(I’ve been dying to say this again…)

Boxer turned filmmaker Alex Withrow, who also blogs and tweets and is all around an amazing guy, was kind enough to bestow upon me the Liebster Blog Award. “What is it?”, you may ask. Well, it’s this (I’m new to this as well, so):

Here are the rules for the Liebster Award:
1. Each person must post 11 things about themselves.
2. Answer the 11 questions the person giving the award has set for you.
3. Create 11 questions for the people you will be giving the award to.
4. Choose 11 people to award and send them a link to your post.
5. Go to their page and tell them.
6. No tag backs.

11 Random Things About Me

Alex Withrow’s Questions (You can see more of his stuff at andsoitbeginsfilms.com)

1. What is your favorite film of all time? Just one. Go.

It will always, always be Howard Hawks’ screwball masterpiece Bringing Up Baby. No person of woman born can get through that film without laughing their head off, and if they can, I think they should be deported.

2. What is your favorite song of all time? Just one. Go.

Ack, that’s a hard one. I guess I would have to say George Gershwin’s “Rhapsody in Blue”, a classical piece of jazz that accidentally manages to capture the beauty of New York.

3. Who is your favorite film director of all time?

Currently, Lars von Trier. His artistic audaciousness, experimentation with technique, his ability to get incredible performances from his actresses: he is just amazing.

4. What is the best television show you have ever seen? 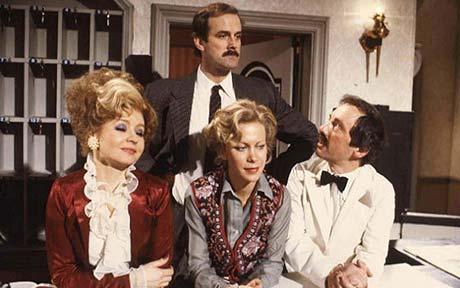 My friend Tyler will be able to understand this one: the short lived, but incredibly funny Fawlty Towers, with John Cleese. The jokes are cutting and the wit is fast and furious. And it’s British, so therefore it must be good, right? (Runner-Up: Ingmar Bergman’s mini-series Fanny and Alexander.)

5. Which place would you feel more at ease: the woods of Deliverance, or Maynard’s basement in Pulp Fiction?

The basement in Pulp Fiction. Because I am small and relatively agile and I could get away. If not, then, well, I’m screwed. Literally…

6. What is the best portrayal of addiction you’ve ever seen on film?

7. Do you respond to comments left on your blog? If not, why?

Yes. I don’t get many comments though! Waaah. But I appreciate all people who do comment on it.

8. Were you born a movie fan, or was there an event (or specific film) that turned you on to films?

I like to say that I was conceived in 1938 and my mother just decided to, you know, wait until 1994 to deliver me. I would say I was pretty much born a cineaste. I grew up watching Harvey and Arsenic and Old Lace. Up until I was five, I was into cars, but ever since I was five or six, it’s been films. I was the only third grader who knew what he wanted to do for a living.

9. What’s the best looking film you’ve ever seen? Specifically is it relates to cinematography. 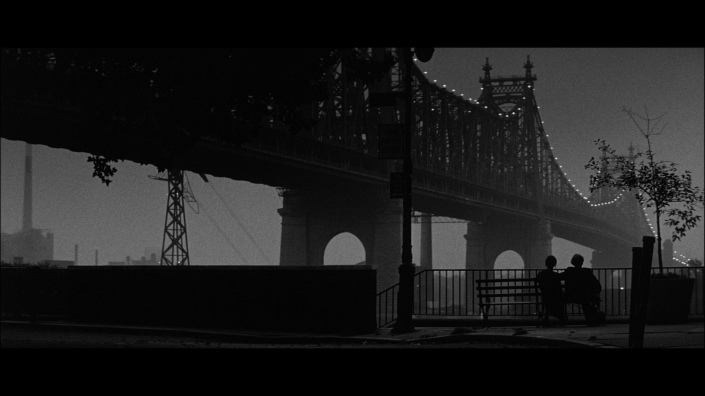 The best looking film would be a tie between Manhattan, The Tree of Life, and The Red Shoes. I guess I should include another black and white film to be fair, so the harsh looking Pi.

OH YOU HAVE NO IDEA. I own something like 86.

11. What is your favorite Criterion movie cover? 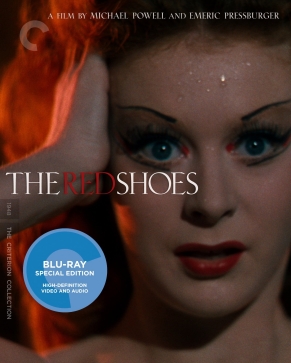 This entry was posted in Take One and tagged Bringing Up Baby, Criterion, Fawlty Towers, howard hawks, Lars von Trier, Manhattan, Shame, The Red Shoes, The Thin Red Line, the Tree of Life.

Roger Ebert recently posted an article giving his reasons and theories as to why box office revenue had decreased in the last two years. You can find the article here.

In it he cited 6 basic reasons:

Here is my response, vehement, sardonic, snarky, and somewhat snobby.

Agree on all points. Going to the movies isn’t what it used to be. When you went to a film years ago it was something fun to do a mini event. But now, the only reason is for “the event movie”, which honestly are overloaded pieces of crap because the execs put so much effort into making them event films. The individual quality of the film is subjective of course and variable. But you won’t get insight or thought from today’s audience. You’ll only get “that was effing awesome” or “that sucked”. You won’t get why. It’s like if everyone went to a great buffet where they were serving a large turkey that had been carefully cured for hours. The fat content is through the roof. The are other dishes there as well, the supporting players. And the guests gorge on it, regardless of its health content. And what do they say? “Oh that meal was great” blah blah blah. No comment on how it actually tasted, how the ingredients worked together, how each dish was complemented by its respective side dish or drink. That’s why I hate today’s public taste. They don’t care at all about what they’re watching. I would at least respect someone who likes Transformers and understands and articulates why, but that inability to do so pushes me over the edge. It’s just eating or watching without real consideration. Also, fanboys and girls suck. They’re annoying and rude during a film.

Back on topic from that dangerous segue. With Netflix, Hulu, iTunes (sort of), UltraViolet, Amazon Prime, and even buying hard copies of films, there’s little reason to pay $10 for something you see once. (Speaking form the mind of today’s audience, bot my personal reasoning.) Films are released on home video in less than four months. Streaming, however, is the “way of the future”. Doesn’t take up room. You can watch it whenever and wherever and however often you want. It’s cost effective, with subscriptions usually being no more than about $13 a month.
Movies are disappearing too fast because of that home video demand. Which is the reason I didn’t get a damn chance to see that damn masterpiece Drive in theaters, dammit. However, films like Melancholia, which can be released VOD (another reason for above paragraph) are independently produced and thus have smaller marketing and distribution budgets. Maybe make more room for these films and do a better rotating schedule in theaters?
Ebert makes a good point about art films. A) People need to grow a pair and open their minds to things like that, as opposed to bitching about it without knowing anything. (“OH MY GOD, SUBTITLES, NO!” “IT’S IN BLACK AND WHITE, OH MY GOD!”) If more art films were available in theaters, not only would that film get a larger audience but more people would be exposed to those films and thus would begin a circle of self reflection and self reflexive thought in terms of their taste. Calling something pretentious or stupid is useless if you don’t put any effort into understanding it.
I don’t really think the refreshment thing is that big of a deal. People have been sneaking in food to the theater since the dawn of time.
These ideas, theories, conjectures are nothing new. People have been citing these reasons whenever a) new technology is introduced to make home viewing better (slash “more fun) and b) whenever there’s a drop in annual revenue. Granted, home viewing hard copies have in the last couple years gone down nearly 11 percent, but the growing ubiquity of Blu-ray and its convenient “combo” packaging (with the Blu-ray, the DVD, and a digital copy) is making up for those losses. For $25, you can get all three. yes, it may be about five dollars more than DVDs were when a new film was released at Walmart, but now DVDs are about $10 cheaper and, if you wait a month or so, the Blu-ray, regardless of its combo pack, will also go down. It only took a month for Martin Scorsese’s newly refurbished-in-4k-glory classic Taxi Driver to take a step down from $20 on Amazon to a very reasonable $13. With a big name title like that, you can’t go wrong. Even the new 3D Blu-rays (which, as far as I can tell, still have yet to really catch on) offers the four formats all in one set, for about $30.
As I said, the conjectures are not new. This will be written about again eventually, within the coming months or years. If anything, studio execs should take a hint from the indicators. They should spend less time taking polls and creating useless studies and instead read more about what the public wants. Go online once in  a while. Read a blog. And take note of exactly who your audience is. Even if it means feeding them something they won’t initially like, what critics, actors, writers, etc. admire is risk. Take the risk. You may be doing it for yourself and for the money, but for once, do it because it’s your job. Do it for the people who love film.

I Have a Gig

Hey, guys, just want to let you know I have a real writing gig! I’m now a news contributor to VeryAware.com. Here’s my first article, which is about the Criterion Collection debuting on iTunes! (And I’m the first to write about it!) So, please take a look! Hope you like it!

And, yes, I will still be maintaining my blog here! No worries! 😀

This entry was posted in Take One and tagged Criterion, film, iTunes, news.