Blood, Sweat, and Tears as the American Way: Marc Anthony’s “I Need to Know”, the American Dream, and Lynn Nottage’s Sweat 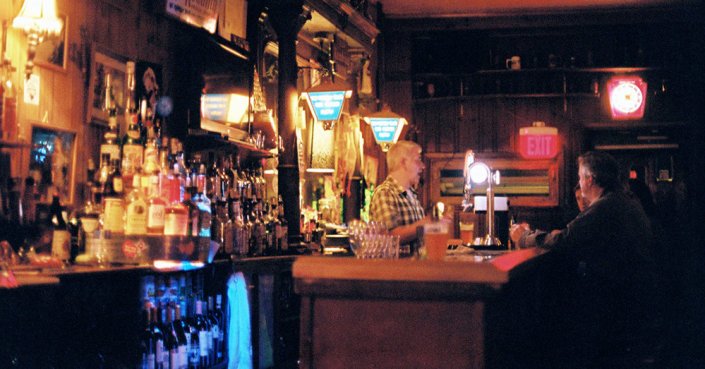 There is a jukebox in the back of the bar where much of the action takes place in Pulitzer Prize-winner Lynn Nottage’s incendiary new play Sweat, running in Studio 54. It’s dusty and old and you can’t quite tell if it plays CDs or something else.   Taking place primarily over the course of a several months in 2000, Nottage implements a mixtape of early aught, late nineties tracks, songs that played on the airwaves too late before the club iteration of Studio 54 could blast them over a crowd of dancers in the city, dressed flamboyantly, swaying without  care in the world. Instead, the music plays in a bar the reeks of as much history as the jukebox itself, the TV occasionally on with the faces of politicians vying for the White House, including George W. Bush; a couple tables where the regulars from the textile factory sit or tumble over; and a tap that spits out weak, watered down beer, the same beer every day, in spite of the hopes of young Chris’s, a factory worker and with college on the horizon. The song that is the most striking in Nottage’s playlist, the one that bookends the show, is Marc Anthony’s “I Need to Know”, off his eponymous studio album from 1999. For a story about a bunch of working class people in Pennsylvania whose relationship with their jobs, with each other, and with capitalism itself becomes a dangerous pas de deux (or better yet, tango), Anthony’s Latin infused track is recontextualized within the play’s ideas.

The play is framed as a mystery, beginning as an interrogation in 2008 and then jumping back to 2000, in the sense that actions have been taken that irreparably change the lives of the characters and their relationship to one another as well to their class status. “If it’s true, don’t leave me all alone out here,” Anthony sings. “Wonderin’ if you’re ever gonna take me there.” Where is there? The upper class? The solidification of historical power? The song repeats over and over again, its chorus of desperation, even paranoia. Like Anthony, the characters of Sweat stuck in place where hope fluctuates, but the necessity of knowledge is not only for self-affirmation but for job security. Tracey, Cynthia, and Jessie have a history on the floor of the factory, but it’s more than that; their claim to history on that floor is their claim to history on the ground in the United States, and ownership of land is power. But as the manufacturing jobs and the economy of the 2000s starts rapidly changing and Cynthia (who is black) is promoted to a management position (only to be left hung out to dry), there’s the very displacement of power that people who have laid claim to power in the United States fear above all else.

Jason, Tracey’s son, and Chris, Cynthia’s son, are supposed to be the continuation of a line, not royalty per se, but of labor, where the amount of work you put in to claim for yourself is a social cache in its own right. Jason, in particular, feels the disruption of power dynamics intensely, his devotion to the union when it walks rarely wavering the way it does for Chris.

But as the set continues to revolve and the scenes are broken up by songs and talking heads from cable news there only to deliver hot air, the company feels as if they’re in flux yet stuck in place, time revolving and little changing. And there’s only so much you can do to wash the pain away: the physical pain of standing on your feet for ten hours a day, the emotional pain of your sense of self and identity and how it’s been connected to your labor suddenly upended. So they drink. And drink some more. The floor of the bar is for dancing and for fighting and for screaming and for crying.

Nottage imbues every line with empathy for her characters, but with a simultaneous refusal to let them off the hook. Without condescension, she allows her characters to express fury at bureaucracy and the ways in which class, race, and gender inform our actions and relationships. Most crucially, Nottage looks at these people’s relationships to capitalism: something that crushes them, or, as Tracey describes the suits at the factory, ready to fuck you in the ass.

It’s hard for a viewing of this play not to be colored by contemporary politics. This work, in its calculated use of silence and shout, in the way it shows the erosion of interpersonal relationships catalyzed by political and economic issues, excoriates the almost sadomasochistic dynamic between the people and its economic system. Marc Anthony’s song in particular takes on a darker meaning, no longer about obsessive sexual attraction.  “If it’s true don’t leave me all alone out here” is the dirty promise of the American Dream, only to be abandoned by it.

Writing in the New Yorker after the 2016 presidential election, Toni Morrison opined, “So scary are the consequences of a collapse of white privilege that many Americans have flocked to a political platform that supports and translates violence against the defenseless as strength. These people are not so much angry as terrified, with the kind of terror that makes knees tremble.” This isn’t exclusive to whiteness in this play, but the disruption of illusory power, and the suffocation of the capitalist system leaves these people trembling. And yet, devoted, they’ll still sing, to each other, to themselves, maybe to God, “Tell me, baby girl, cuz I need to know.”

This entry was posted in Broadway, drama, Stage, Uncategorized and tagged i need to know, lynn nottage, marc anthony, sweat.