On the Couch: Milena

In the Freudian short film Milena by Rima Naim, there is a careful staginess to the production. This is hardly a bad thing; in fact, it seems almost reflexively clever. The palpable passion between the two nameless leads manifests itself through stares, gestures, and the kind of body language that one sees in the grandly dramatic stage productions. But the cinematic qualities of this short accentuate these emotions. It’s a slightly jarring, though not in a bad way, marriage of the two mediums, with the outright lighting and mood changes of the stage and the stylish camera work seen only in cinema.

Naim’s direction and intention seems to play with repression and the subconscious, as the short jumps around in time but suggests that the eponymous Milena is on the bed remembering this passion. We are transported to a therapy session, where her therapist takes on the visage of her past lover. The dramatic sexual tension reminds one of Venus in Furs, the lighting so striking that it highlights minute details in the sparsely dressed set and the costumed actors.

Interestingly, rarely does one see these characters speak on screen. There’s a fine line to be walked when dealing with voiceover, for fear of both obnoxious exposition and having the actors randomly brood with no purpose. Naim puts us at enough distance so that these actors don’t look ridiculous. The audio effects emulate an old record player, amusingly again reminding one of the Freudian aspects of the short.

The problem with this short, however nicely composed and rendered it may be is that the narrative and thematic through line is hard to discern. There is not enough of a conclusion to what exactly wants to be said by the characters or by the director herself. Yes, there are ruminations on memory, lost love, etc. and while it may be uniquely put together, it doesn’t seem to be concrete enough for it to feel, for lack of a better word, complete.

Nonetheless, the experimental qualities of the film, some of which hint at a director who is more than willing to take risks with the way she tells her stories, compensate for the lack of closure in the short. I shall await when she can grab a feature and bring her abilities to the big screen. The last thing we would want is for her, or any new visionaries, to fade away.

This entry was posted in Art House and tagged Milena, Rima Naim.

So in Love: Heartbeats

“He seduces you,” says one corner of the cinematic triangle of Xavier Dolan’s Heartbeats, referring to another corner. There are plenty of films about love, friendship, and love and friendship, but Dolan’s second film, about two friends in love with the same guy, does an impressive thing that few of those films can do: articulate the exact feelings of love and heartbreak through cinematic form. Several films capture moments of love, perhaps even recreate scenes easily identifiable, but the actual emotion itself is hard to render. Wordless, invisible feelings are rendered nearly tangible and very palpable on the screen. The film seems to bleed emotion.

END_OF_DOCUMENT_TOKEN_TO_BE_REPLACED

How HER Helped Me Fall In and Out of Love

(Author’s Note: What follows is the first, or second if you count the essay on my father, entry in an infrequent series of personal essays I’ll be writing under the category of Art Imitates Life, which, I hope, is fairly self-explanatory.)

Sitting here, it’s almost a little strange thinking about just how resonant Her was for me. I do not doubt that there were others who were connected with the film, and I suppose that’s one of the many successes of Spike Jonze’s love story. From its ability to examine on how we live now to its focus on how we love now, Her does so many things right. And one of them was help me fall in and out of love with the same person.

END_OF_DOCUMENT_TOKEN_TO_BE_REPLACED

The Masochist’s Guide to Valentine’s Day: A Bunch of Films to Torture Yourself With 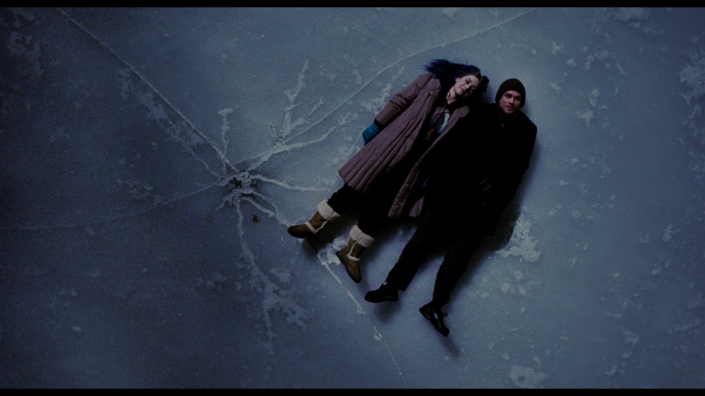 We can assume that if you are looking at this list, you are probably single, or in a complicated relationship with your cell phone, or deeply committed to sitting in your bed watching Netflix and crying while holding a pint of ice cream in your left hand. The last thing you turned on was your coffee machine. Your credit card company called you based on five suspicious charges at Munson’s, Godiva, Ghirardelli, Pizza Hutt, and Jelly Belly. (Did I do this? Don’t be silly.) Valentine’s Day is near , and you are left listening to your friends around you talk about their various plans with their significant others, and you put on a brave face congratulating them, when you’re really hoping that they’ll jump in front of a bus or something. (Or, if you’re like me, you’re just very explicit about that last part and don’t bother with being happy for your friends. I know, I’m a horrible person.) Thusly, I took it upon myself to compile a list of great films to allow you to revel in your pain. Because there’s nothing like watching other people live out romances that you keep convincing yourself you will never experience personally. Like any good masochist’s Anna Howard Shaw Day Party, pizza and ice cream are a must as well as a Wi-Fi connection, so you can openly complain about how bitter you are on the numerous social networking accounts you have. Without further ado, here are the best films to torture yourself with on Valentine’s Day.

END_OF_DOCUMENT_TOKEN_TO_BE_REPLACED

Camera as Psychosis: The Cinematography of Black Swan

As she makes her way through the backstage behind the curtain at State University of New York at Purchase, one can tell all is not right with Nina Sayers (Natalie Portman). The camera trails in front her, sycophantically, as she is replete with hypnotic beauty in black and white, still standing out from the grey walls and dark surroundings. Her body quivers powerfully and almost orgasmically. The only thing the audience needs to see is Nina’s eyes to see nothing is right, even as her arms transform, and the camera steps forwards briefly to gaze upon the face that is covered in makeup to reveal that Nina has mutated into something else entirely. But is it real? Who is really seeing this? The cinematography in Darren Aronofsky’s Black Swan plays a crucial role in understanding the film’s depiction of psychosis. Nina is one of Aronofsky’s least sane characters, but utilizing various camera tricks and a kind of meta-reflexivity, there is a subtle insanity that works behind each shot to confuse the audience as much as Nina is, while the vérité style with which it is shot allows the film’s foundation to be primarily subjective. Few films play up schlocky horror against dramatic portrayals of mental illness so well, and Black Swan is one of them.